Most mornings I’m happy with my usual breakfast of granola, museli or a cereal bar, but there are some mornings when I need something more.  On Friday, last, I woke up and could really have eaten a lovely breakfast, however there wasn’t enough time to go somewhere before I had to head to the office.  But it did remind me of the amazing breakfast I had on 4th July in New York last year.  Now some of you may not think that pancakes would be an amazing breakfast but, let me tell you, these were no ordinary pancakes. 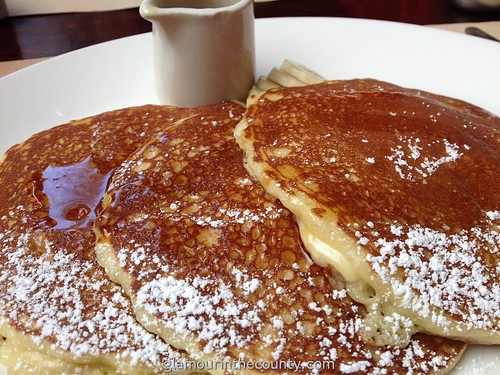 We had noticed the Pershing Sqaure restaurant, across from our hotel, and decided we would eat there one morning instead of our usual deli breakfast.  All dressed up in red, white and blue to celebrate the 4th July, we entered The Pershing Square, it was very busy but we were able to get a booth near the back of the restaurant. 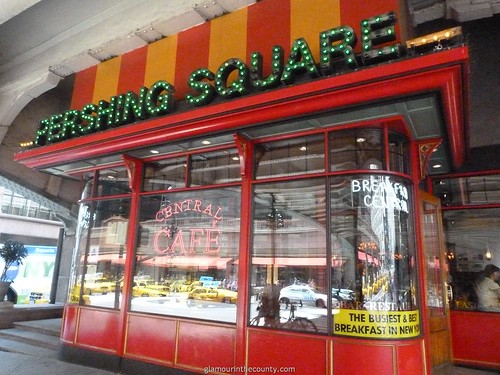 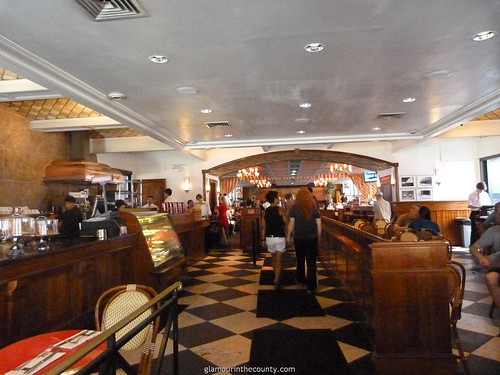 Looking at the menu, for me, there was only one thing that I wanted and that was pancakes.  I hadn’t had any yet on the holiday and I always have to have them at least once when I am in America.  I opted for the banana pancakes and maple syrup.   As with everything in America they were a large portion, I wasn’t really expecting three pancakes. 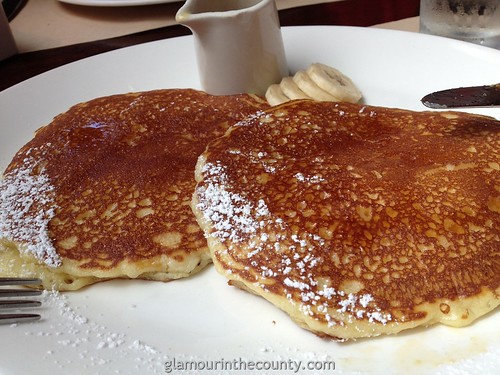 How can I describe how good they were? Well they were made with buttermilk, were light and fluffy, which is a good start, and packed full of banana, but not in an overpowering way.  Mixed with the maple syrup, it was the perfect combination.  I struggled, but I did manage to eat all three.  However, I must tell you, I didn’t eat for the rest of the day until late into the evening.  Thankfully we did a lot of walking that day so I didn’t feel too guilty. 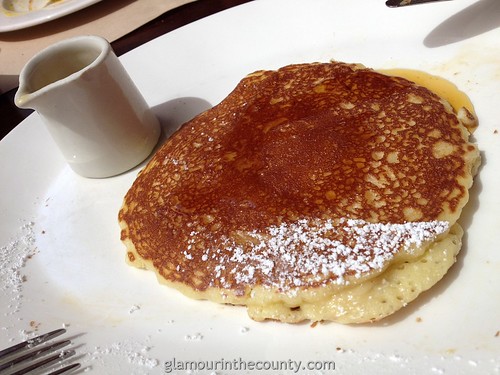 I paid $14 for my pancakes, but they were worth every dollar.  If you ever find yourself in New York, I would highly recommend breakfast at the Pershing Square.  It’s right opposite Grand Central Station, on 42nd Street, you won’t be able to miss it.  I saw the restaurant on a film last weekend and it brought the memories of being there, and in New York, flooding back. 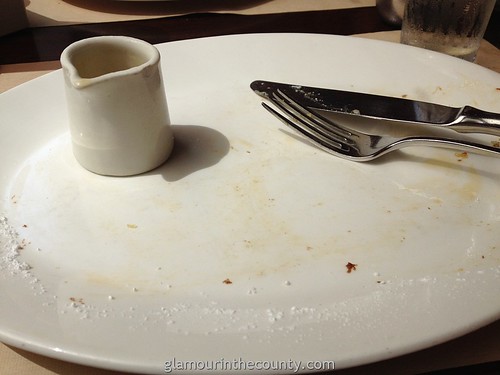 Have you got a favourite breakfast? Do you have favourite restaurant/ coffee shop that serves a great breakfast?