When I visited Kent at the end of the summer, buy last year, I made sure there was time to visit a National Trust property. Having researched the local options, I decided on Scotney Castle as it has two properties plus gardens all set in a wooded estate. We were travelling over an hour to get there, from Sandwich, so I wanted to make sure there was enough to do for the whole day. Getting to the location could not have been easier and I loved driving through the Kent countryside. 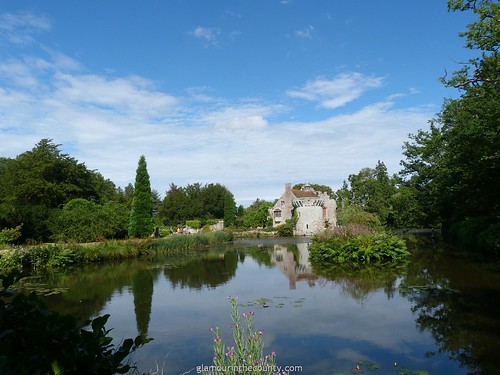 The main car park is close to the house, but we had to park in the over flow car park which is quite a walk from the main house.  Whilst is is quite a pretty walk, it is something to bear in mind.  As we had travelled a bit of a distance, and arrived at lunchtime, the only sensible thing to do was to head for the restaurant. After a coffee and cake, sometimes you just have too, it was time to explore what Scotney Castle had to offer. We had to buy timed tickets for the main house, a Victorian country mansion, so to fill in time we headed off to the 14th century moated castle.This is a short walk from the main house and is approached from either a small hill or steep path. The Castle is now a ruin, but there are a couple of rooms that you can explore, although they aren’t furnished. 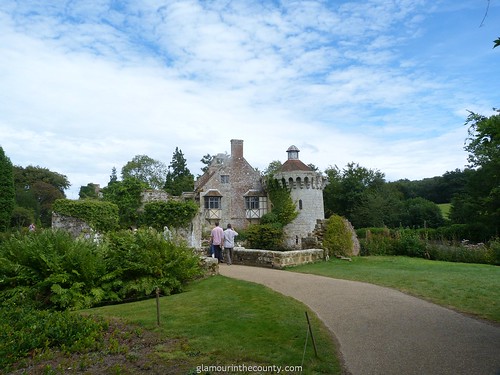 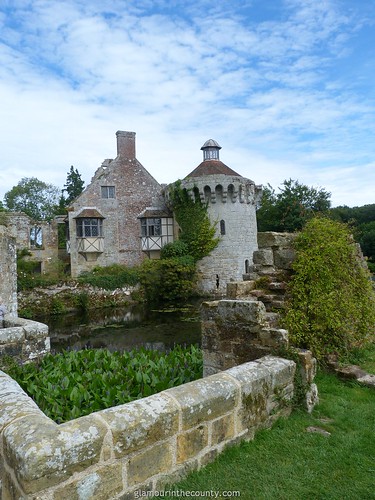 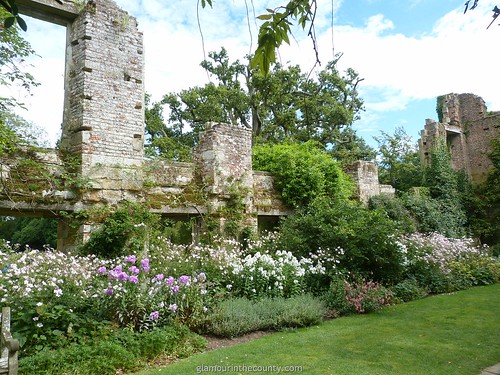 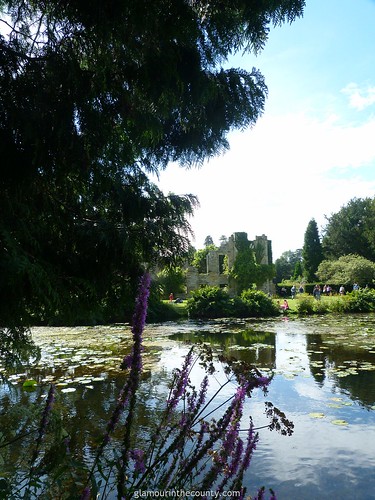 On such a sunny day it was so picturesque and I loved walking around the moat and through the gardens surrounding the Castle.  There are some beautiful flowers and planting including azaleas, kalmia and rhododendrums. 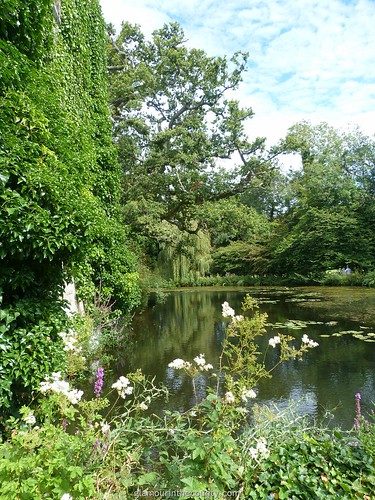 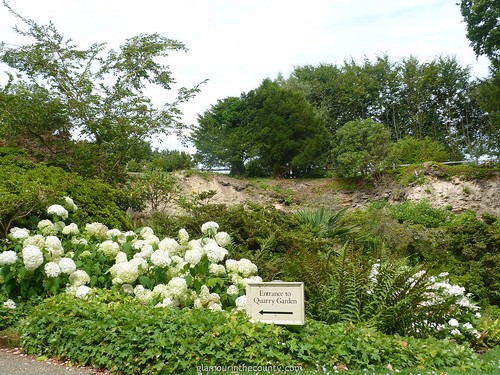 We also explored a little of the surrounding parkland.  The estate in total is 770 acres and there are lots of walks and trails as well as a Hop farm. Scotney Castle belonged to the Hussey family from 1778 to 2006.  In that time the family was beset by tragic deaths.  Edward Hussey brought the castle in 1778 and spent from 1783 to 1792 piecing the estate together.  He committed suicide in the old castle, followed by his son a year later.  His widow moved the family away for a short time, but as her son, Edward III,  grew up he became interested in architecture and landscapes.  He moved back to Scotney in 1835 and built the new Victorian mansion.  Two more generations of the Hussey family have lived in the house until 2006 when it was given to the National Trust. 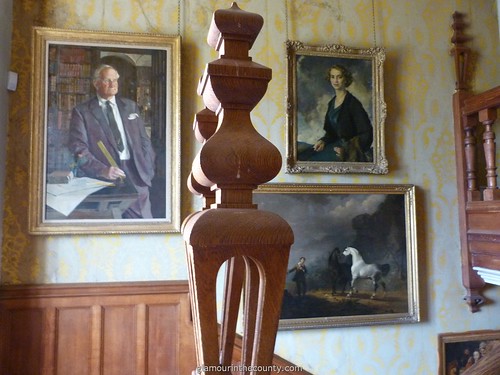 The Victorian country mansion is just like entering someones home. It has not been altered much, and as with these types of properties, you can see what additions each generation made and the history left behind for all to enjoy.  It really is just like Elizabeth Hussey, the last proprietor, went out to the shops, here wellington boots are still by the back door, and never returned. That’s what gives this house its character and authenticity. There is a lot to see and do at Scotney Castle and you will cover quite a lot of ground, if you visit, be prepared and where sensible shoes.  You will be guaranteed a great day out.